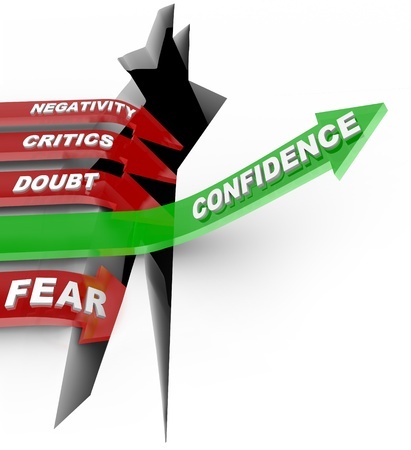 Confidence is a mindset. And it’s a mindset that a lot of people feel lacking in – especially women.

Why is this so?

Put simply, there are hundreds of years of cultural training at work here. One reason cited by self-help guru Tony Robbins is the culture of one-downmanship with women. When a woman receives a compliment, she is quick to put herself down. This sets off a whole psychology of not valuing oneself.

According to oprah.com, women aren’t on their own list of priorities. They are always putting themselves last.

Chief Operating Officer of Facebook, Sheryl Sandberg, takes it a step further. Women are afraid to negotiate for themselves she says. The research shows that when women negotiate for themselves, people like and value them less! So the behavior of putting herself first, is not rewarded. Women know– even if they haven’t seen the data– that people react badly to this kind of behavior. So they put themselves last, just like Oprah said.

Is there a situation or decision you’ve been avoiding? Or do you feel stuck somewhere in your life?

If so, take a moment to write down what it is in your journal. Then brainstorm at least three to five possible options, everything from do nothing approach to the biggest leap of faith.

Now notice which option creates the most fear.  Did you know that this is most likely the most powerful choice you could make? Fear is often the feeling that arises before massive transformation.

Take a leap of faith with me now and build your courage muscles with my Yoga Teacher Training starting soon.